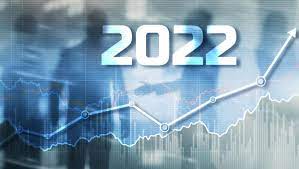 Is Meme Investing Set to Take Over Crypto in 2022?

Is Meme investing set to take over Crypto in 2022? Memes have been associated with internet culture for quite some time. The year 2021, on the other hand, has witnessed the birth of meme investing on Wall Street. As well as in the realm of Bitcoin. Today, two meme coins are among the top ten most valuable coins in terms of market capitalization. And as investor communication continues to improve. We may see a significant increase in the amount of money invested in memes by 2022.

Meme coins are nothing new in the world of cryptocurrencies, since they have existed for quite some time. It was created as a joke in 2013 in response to the popular Shiba-themed meme. That was prevalent at the time. Dogecoin (DOGE) is now a worldwide phenomenon. The coin was created by software programmers Billy Markus and Jackson Palmeras as a fun method to get a foot. In the door of the crypto-currency world. However, it wasn’t until 2021 that DOGE, which was funded by Elon Musk, truly began to take off in popularity.

As the data demonstrates, Dogecoin’s rally in 2021 has been spectacular. Since the beginning of the year, the value of DOGE has increased by more than 14000 percent. Before declining by more than 60 percent. During this period, the meme coin gained a number of famous supporters, including Snoop Dogg. Gene Simmons, and, most notably, Elon Musk, who demonstrated his support for the project. By announcing that he would launch DOGE into space if the project was successful.

However, in recent weeks, DOGE has been surpassed in market value by another meme currency. Dubbed SHIBA INU, which has a market valuation of slightly more than $1 billion. More than DOGE at the time of writing.

Why is meme investing so trendy?

First and foremost, let’s examine what it is that characterizes a meme currency in the first place. Conventional cryptocurrencies typically developed as a means of addressing real-world problems. And providing some kind of utility to users, whether that utility be anonymity. Borderless transactions, or acting as a native currency. For decentralized financial infrastructure initiatives.

Meme coins, on the other hand, generated with no such purpose in mind. And with no intention of used in any way that is useful. They merely exist as a coin that linked to a meme, and that is it.

Why are investors clamoring to buy into assets that have no fundamentals, then, given this knowledge? When it comes to investing in assets, it’s possible that investors. Have finally realized the importance of community.

It’s likely no surprise that Dogecoin enjoyed a 500 percent increase in value in the hours following. The GameStop short squeeze on Wall Street in January. As in the case of GameStop, a group of Reddit-based investors worked together. To inflate the stock of the nostalgia-driven computer game retailer. Sending its price rising by more than fourfold.

This week, the same Reddit group that sparked the GameStop short squeeze, r/WallStreetBets. It has unexpectedly given birth to an identical cryptocurrency clone, r/SatoshiBets. Which dedicated to sharing community-driven investing ideas and inspiring large volumes of social investors. To pump the price of underappreciated assets. Meme coins have discovered a thriving and immensely sociable new market all of a sudden.

The increase of social exchanges has been seen

2022 will be a huge year for cryptocurrency investing.  And as acceptance and retail investor volumes expand. We may expect to see more meme investing.

Social investment, a vital component in the mass purchase of meme-based assets. It also anticipated to gain prominence in the next months and years.

KuCoin S, for example, will be a “special location for invited KuCoin users to test. The brand new social features before the public launch of the KuCoin App.”

KuCoin S is an example of a platform that will let investors meet others who share their goals. And ideas for the market. Investors can also access trustworthy crypto media news feeds and top-performing trader portfolios. The site also allows users to copy other traders’ winning transactions, making trading more easier.

A more socially involved investing experience, as envisioned by KuCoin, may be a logical move forward. For the cryptocurrency ecosystem. The sharing of educational resources and educated opinions from reputable people. In the cryptocurrency trading sector may help numerous investors. To make better purchases and buying selections.

In a society focused on shared experiences and social feeling. We may expect to see more meme investment in 2022. Proving that a bad joke can be profitable in the cryptocurrency world.